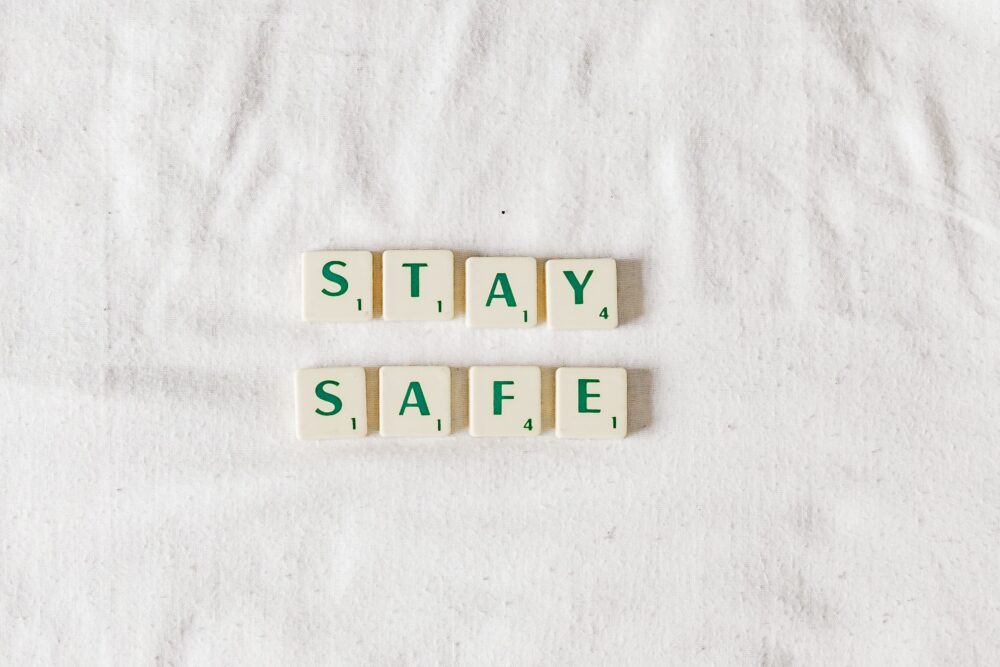 During the first wave of the pandemic the domestic abuse charity UK SAYS NO MORE, in partnership with Hestia, asked community pharmacy to support ‘Safe Spaces’ to give a lifeline to people experiencing domestic abuse. Incidents of abuse rose during lockdown among people removed from much needed support networks.

Community pharmacies were one of the only places where the doors remained open to the public during the first wave of the pandemic. Following the launch of Safe Spaces on 1 May 2020 more and more community pharmacies have signed up to the scheme. This means that people can access walk-in help from over 5,000 pharmacies across the UK.

Safe Spaces are premises where pharmacy teams, who are already trained in safeguarding, undertook additional training to support survivors of domestic abuse. This training enables them to signpost survivors to a safe ‘reflective’ space in the consultation room. They can also call for police support, as part of a complementary Home Office scheme called Ask for ANI, which allows those at risk from abuse to discreetly signal that they need help and access support.

To mark the one-year anniversary of Safe Spaces, in May 2021, the Company Chemists’ Association have asked our members about their experiences with domestic abuse disclosures through the eyes of pharmacists.

Ken’s experience
Ken’s pharmacy offers Safe Spaces and Ask for ANI. A young male customer was directed to Ken because they had used the codeword ‘ANI.’ On speaking to the individual, Ken offered the Safe Spaces consultation room. The young man seemed very quiet and subdued and did not want the police to be called. They explained that their mother had tried to harm them, and that someone had intervened to stop them. Ken worked together with the survivor to work out the best course of action, with Ken relying on the Safe Spaces training and the Ask for ANI flow chart. It was arranged so that another family member that the man felt safe with would pick them up.

However, as the pharmacy was closing, the man was accompanied to another branch to wait in their Safe Space. Ken followed this up with the other branch the next day and was glad that he was able to help this person. Furthermore, Ken felt that he did not require any support personally after the interaction, but he believes the service worked well and the Ask for ANI flowchart helped him to think logically and know how to support the man who needed help.

Preeti’s experience
A young woman with two children requested a Safe Space in Preeti’s pharmacy. The woman was anxious and explained to Preeti that she was suffering from domestic abuse from her partner. Preeti used her Safe Spaces and Ask for ANI training and contacted the National Domestic Abuse helpline. They were not able to speak to someone straight away and received a call back 20 minutes later.

The woman and her children were able to receive emergency accommodation for the night and were assigned a case worker to help them. Afterwards Preeti felt proud she was able to support the young woman. She felt that despite doing her training many months prior she was able to use resources such as the Ask for ANI checklist to be able to provide information and support.

John’s experience
A patient came in to access the emergency contraception service and whilst in the consultation room with the pharmacist, John, she mentioned she needed a ‘safe space.’ John asked her how he could help her which allowed the patient to open up. The patient had been sexually abused but did not want to contact the police. John supported her to contact a local organisation that provides domestic abuse support, who were able to speak to the patient over the phone and arrange support for the next day.

Afterwards John felt a little shaken but felt he supported the patient the best he could. His Safe Spaces and Ask for ANI training helped him feel much better equipped to deal with the situation. He was able to use the Ask for ANI flowchart and poster to provide structured support. John would recommend that all pharmacy staff carry out the training so they can recognise if someone needs help.

Back to top of page